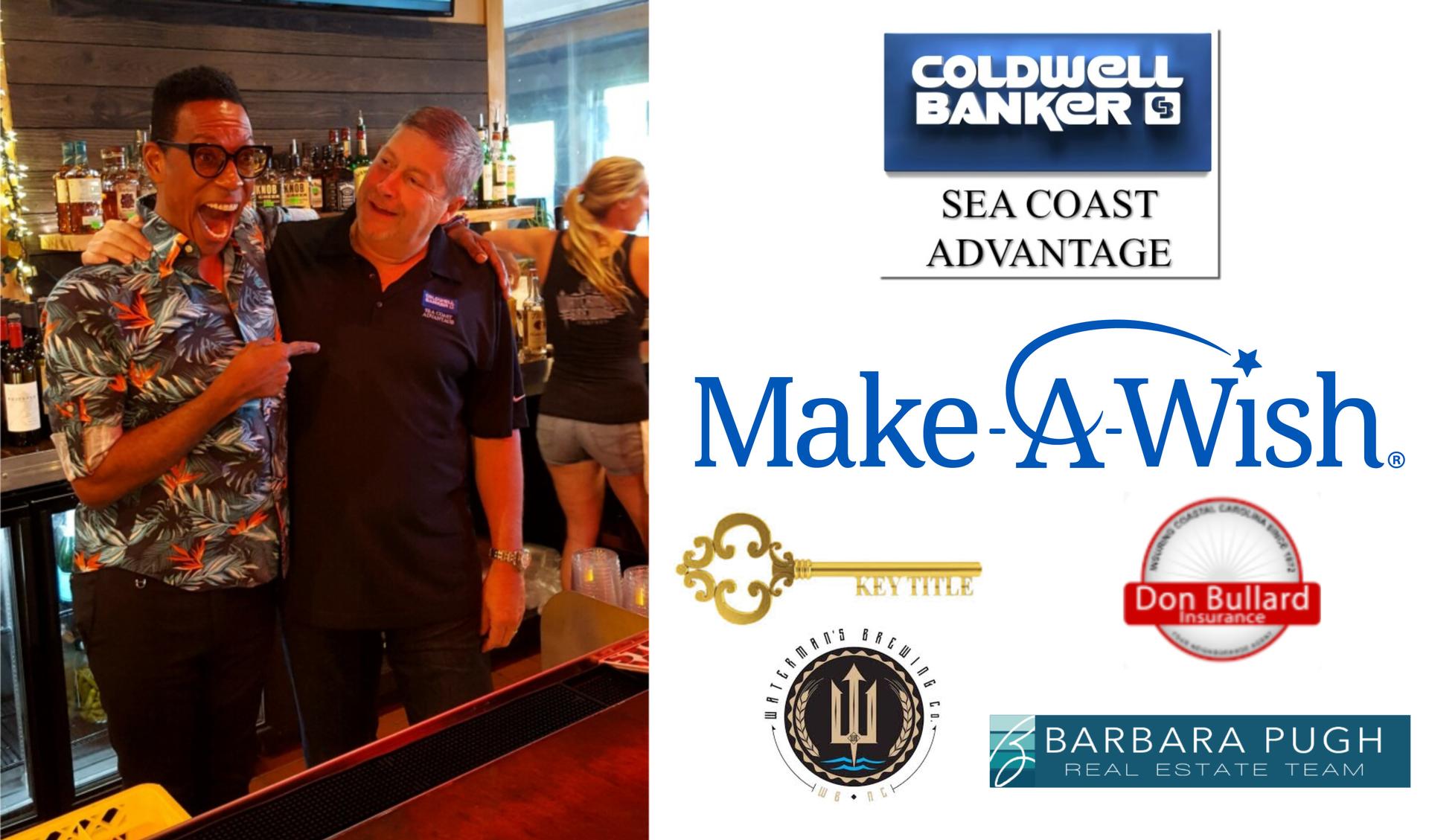 Last year’s first Wishes at Waterman’s event raised nearly $14,000 to make wishes come true for local children with critical illnesses, with the highest “tip” donation total coming in via Tim Milam and his team at Coldwell Banker Sea Coast Advantage. This year, Milam was again named the winner, bringing in $7,197 in “tips!” The event raised $24,075.25 for Make-A-Wish Eastern North Carolina—substantially more than the organization’s $15,000 goal.

According to Make-A-Wish “a wish come true helps children feel stronger, more energetic, more willing and able to battle their critical illnesses. For many, the wish marks a turning point in the fight against their illnesses.” The Make-A-Wish foundation holds a special place in the hearts of Coldwell Banker Sea Coast Advantage agents and staff, as a member of our Sea Coast Family, a recipient of her own wish to go to Disney World last year, lost her battle to a rare form of brain cancer earlier this month. As our family continues to reel from this tragic loss, it was truly heartwarming to witness such enormous generosity as our community came together to make this event a massive success. Tim Milam, all smiles, as always!